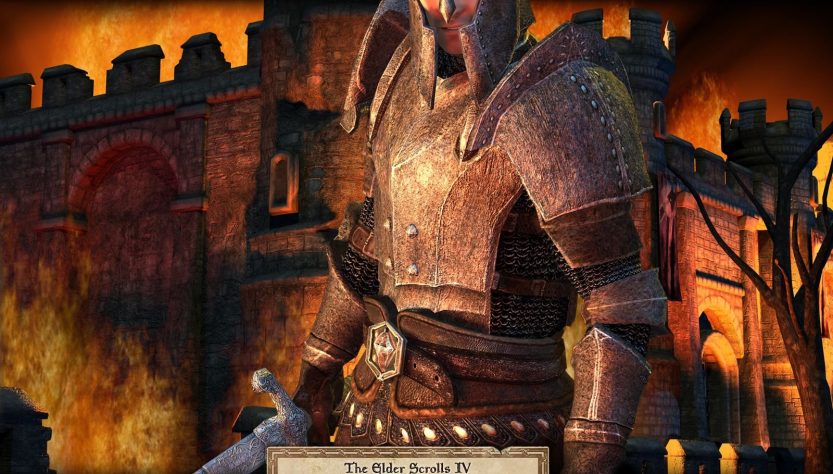 Oblivion, the fourth game in the powerhouse Elder Scrolls series from Bethesda Game Studios, rode the coattails of the groundbreaking Morrowind all the way to the top of the charts. With nearly perfect reviews across the board, lots of people bought the game-but later on, some Xbox 360 players noticed something was wrong. This game is a really popular game just like Fortnite that you can try. Moreover, you have an item shop Fortnite that offers you really great offers on Fortnite skins that you can get at a really affordable price.

The people who bought the game on the PC platform had access to a goldmine-Bethesda’s Elder Scrolls Construction Set, and the ability to create your own content. Or, for the less technologically inclined, to simply download what other people have made. For free.

Rarely does a day pass on Bethesda’s forums that an Xbox user doesn’t show up, asking how to get all of this great content on their 360. The topics are quickly locked-only Bethesda’s official content is available to those users. Not the tens of thousands of game-enhancing mods floating around the Internet for free. Because of licensing issues with Microsoft, and the impossibility of taking a Windows platform and converting it to something the 360 can read, Xbox users cannot download any of the user-made content.

When Oblivion came out, it taxed most existing PCs to the core. It’s likely that this contributed to the rush to buy it for the Xbox. But now that the game is several years old, a PC that runs Oblivion like a dream can be found for incredibly cheap at major manufacturers’ outlet sites. Or, performing video cards and RAM updates to an existing PC is within the price range of most gamers.

Bethesda’s attention is now focused entirely on their next title, Fallout 3. But the Oblivion Mods section of their forum is as busy as ever. So what’s going on in there? 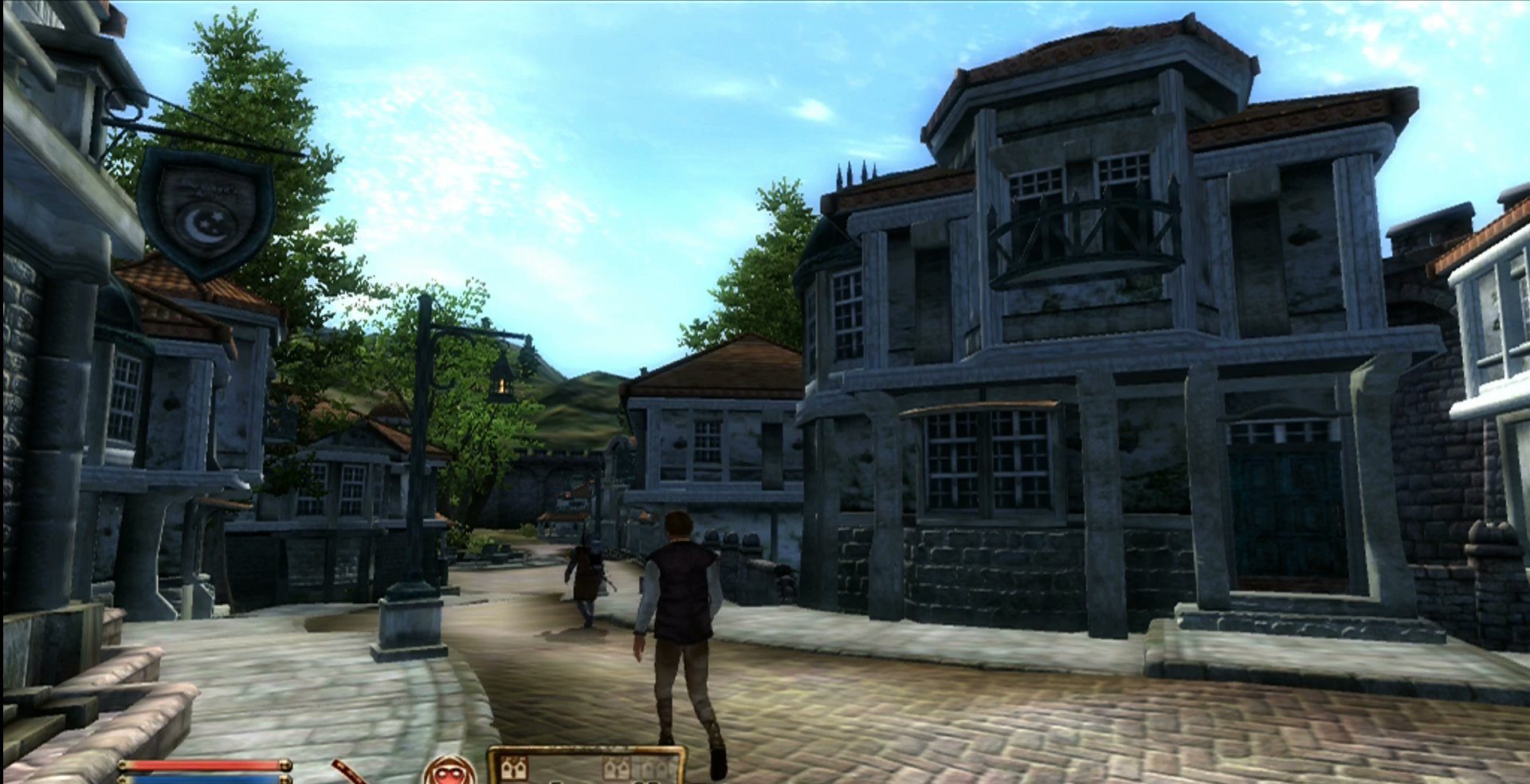 Several massive and popular overhauls of the game are available. Oscuro’s Oblivion Overhaul (OOO) was and still is the favorite. It adjusts leveling in the world so the enemies don’t level with you, making Oblivion a much more challenging place. Martin’s Monster Mod adds hundreds of new creatures to the world, with a large assortment of options. Do you want them to fight with each other? How about the city guards? They’ll shoot from the battlements now, wearing new uniforms for their region. How about more monster spawn points? The newest and biggest story in overhauls, though, is FCOM-a a massive merger of Francesco’s, WarCry, OOO, and MMM’s features.

The world of Oblivion was breathtaking at its release. But with the passing of time, more power becomes available to gamers-and so, some mods capitalize on that. Almost Everything Viewable When Distant adds hundreds of tiny meshes to the world and standing on one of Cyrodiil’s hills will now give you a bird’s eye view of fortresses, Ayleid ruins, cities, and shrines in the distance. Various modes that add stars, different textures for the moons, and comets are available. Qarl’s Texture Pack, still taxing away at even today’s computers, adds detailed, lifelike textures to most game surfaces. Cities Alive At Night makes nighttime lights shine out of houses and beyond city walls.

A joke amongst Oblivion players was the ability to make incredibly ugly characters. No more! Many, many-body mods are available-and tons of new clothes and armor for the well-dressed character. Males and females alike can get an overhaul with Robert’s or Exnem’s, and huge clothing shops await those who brave the often-complicated install process. Of course, there are thousands of new weapons as well-ranging from Adonnay’s exquisite Elven Weaponry, to the modder’s resource fish club. Nicorishi’s creations, centering on bows and arrows, are also a tremendous hit, and Sinblood’s highly detailed female clothing is in the closet of every fashionable adventuress. Even tattoos and longer eyelashes are available, and face texture packs do away with Oblivion’s often splotchy skin complexions.

So, where will you stash all your loot? Most of the in-game houses are, to put it gently, boring. A simple search will show you that now there are approximately fifteen hundred new houses to choose from, ranging from caves and shacks to castles and grand manors. There is an entire site dedicated to housing in Oblivion-Oblivion’s Real Estate.

Well. Now the world is pretty, your character is pretty, and you have a wonderful manse to store your things. Now, what do you do? 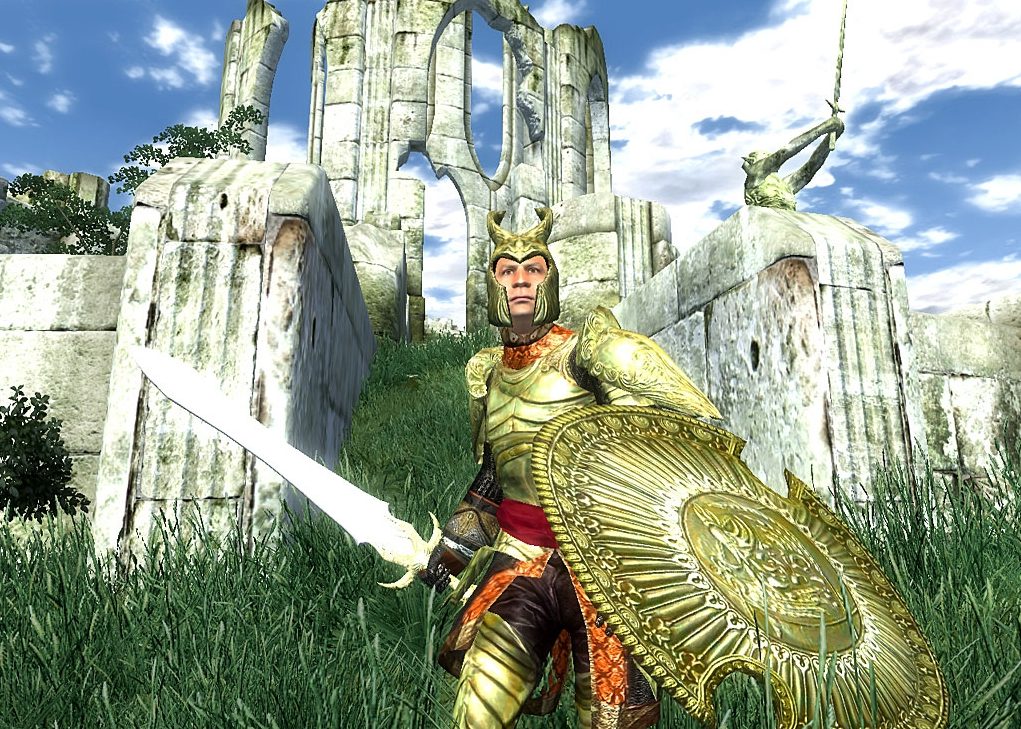 Quest mods are the rarest, and take the longest in development. But quite a few have been hugely successful-Lost Spires by Liquidgraph adds a new Archaeology Guild to Cyrodiil, with a long questline. Tim’s Verona House: Bloodlines continues the story after you’ve become Champion. Simyaz’s series: Ruined Tale’s Tale, The Butcher of Armidale, Tears of the Fiend, and Malevolent, are renowned for their quality and thought-provoking aspects. Giskard’s contributions to Oblivion modding include Kvatch Aftermath, Origin of the Mages Guild, The Elder Council, and the Necromancer. Ryan’s Blood and Mud-Dirt Deluxe Anglais combines three popular German mods into an English translation, centering around the city of Bravil and its hidden underbelly. Lingwei also contributes to Choices and Consequences, and the Blackwood Company.

Ongoing projects in the mod world include Silgrad Tower, which recreates the province of Vvardenfell on the Oblivion engine, Tamriel Rebuilt, which expands into the other provinces around Cyrodiil, The Dark Brotherhood Chronicles Awakening, which will continue the questline of the Brotherhood after the PC attains the title of Listener, Unique Landscapes, a series of mods that change the scenery of small parts of Cyrodiil, and Common Oblivion, which adds in lots of useful things-alchemy sorters, water wells, more ingredients. Realism mods are becoming a hit with Oblivion players as a well-your character will need to eat, drink, and sleep to stay alive.

Most mods are available at the two major sites: TES Nexus and Planet Elder Scrolls. Bethesda’s forums keep players up to date on new modding developments. Sorry, 360 users-time to update that PC!